Study our cultures, their stories, their modes of communication and their artistic movements to better understand where we come from.

The interfaculty research unit focuses on the knowledge, development and conservation of cultural heritage, both tangible and intangible. It relies on scientific resources and expertise in the fields of archaeology, art history and architecture, archeometry, museology, heritage management, conservation-restoration, but also aesthetics, the philosophy of art, anthropology and the sociology of art. The field of action covers all periods, from prehistory to contemporary times, which allows it to study, over a long period, the processes of creation, transmission of know-how, reception and patrimonialisation of human productions.

The Centre d’Enseignement et de Recherche en Études post-coloniales is devoted to the study of post-colonial literatures and civilizations from the English-speaking world. In this context, it mobilises its many international collaborations, notably with the European Association for Commonwealth Language and Literature Studies (EACLALS) and the European Association for Studies on Australia (EASA). However, it is also open to research units which pursue research in post-colonial studies in languages ​​other than English (German, Spanish, French and Dutch).

CIRTI supports research in translation and interpretation from an interdisciplinary perspective (collaborations with linguists, philologists, philosophers). Traductology makes it possible to study the circulation of ideas and texts from one cultural area to another. It brings to literary studies and the human sciences a series of concepts and analytical categories that allow us to think about the current context of globalisation, as well as the current geopolitical relations between languages ​​and cultures. Finally, it allows us to study the exchanges that have marked the history of relations between different cultural spaces, particularly between metropolises and their colonies. In return, research in translation and interpretation feeds on other disciplines of the humanities such as political science and historical sciences.

The research unit brings together researchers in languages, linguistics and literature in the context of modern languages. As a research structure, the unit is a multidisciplinary dome allowing researchers from different scientific disciplines, and specialised in various cultural and linguistic areas, to regroup and conduct collectively scientific work on transversal themes. Thus, the research unit dedicates a space for inter-disciplinary and inter-language dialogue and encounters, which is conducive to the emergence of new collaborative projects, while providing a flexible framework for the constituent subgroups of the unit to continue to lead and develop specific projects, notably through different thematic centres

The Research Unit focuses on the study of these cultural universes which, at historic times, preceded the emergence of what is now called modernity - and especially modernity in the Western world - and that directly conditioned it. The chronological, geographical and cultural spectrum envisaged is therefore particularly vast and, in essence, polymorphic and multiple. The Unit brings together researchers who dedicate their work to the various civilizations that make up these ancient worlds and their cultural productions. Through its fundamentally transdisciplinary vocation, its objective is to promote the confrontation of these different domains and, through the study of precise and detailed cases, to address fully relevant societal issues, thus making it possible to nourish, with historical hindsight, our reflection on our own contemporary world.

From the Middle Ages to the upheavals engendered by Galilean science, Europe has lived through endless questions that have called into question its political equilibrium and legitimacy, which undermined the foundations of denominational unity and displaced the limits of knowledge and creation. In attempting to transcend the divisions inherited from a long historiographical tradition, the 'Transitions' research unit focuses on these constant changes. Open to medievalists and modernists, all disciplines combined, it encourages the confrontation of research practices, new collaborations and the sharing of results. The goal is to expand our interests to the constellation of factors that contributed to the construction of the social and cultural frameworks in which we define ourselves today in the Western world.

The research unit TRAVERSES brings together researchers from 5 different departments and takes the form of a network of 16 research centres, which each have their own specific research objects and methods and benefit from their own visibility, but which have increased collaborations on transversal and interdisciplinary projects. This common structure makes it possible to encourage the cutting-edge research of its different teams and to promote their interactions in favour of unifying and original projects. The research conducted within TRAVERSES stems from disciplines which fuel between them several dialogues: philosophy, history, literary theory and history, the study of the performing arts, language sciences and communication sciences.

Located since June 1999 in the central building of the University of Liège, the CEDPOLA has a file which is one of a kind in the world, regrouping 8,000 literary Greek and Latin papyri listed to date. The CEDOPAL also features a library of editions, reviews, studies and papyrological journals, included within the library of sciences of antiquity and a specialised library of about 600 works on the history of the book. The centre has the necessary IT tools for the identification of literary texts in papyrus, as well as for the processing of information; but there is also a database that lists the literary Greek and Latin papyri of the Mertens-Pack³ catalogue.

The Archeometry Centre is currently the only interdisciplinary centre for the archaeological study of the monumental and artistic heritage created by a university and based essentially on the potential of the university. Few national archeometry laboratories or large museums are home to such rich and diversified skills and equipment. The Centre's scope of action is thus quite vast. Many external partners - Belgian and foreign - take part in the development and management of research projects. The objectives of the CEA are at times in pure research, at others in applied research. The managers intend to maintain this double vocation.

The University of Liège was one of the first to show interest in understanding prehistoric man. The great age of humankind was demonstrated by one of its members, Philippe-Charles Schmerling, in the beginning of the nineteenth century. Continuing this tradition, the University extends its mission by carrying out much research in the field of prehistory. The Prehistory collections are divided into three sections. The first illustrates the different stages of human activities from the very beginning by presenting a series of archaeological pieces characteristic of the great periods of prehistory. The second section shows (grouped by periods) archaeological material resulting from excavations carried out by members of the Prehistory Department and by foreign collaborators. The third section attempts to present reconstructions of prehistoric objects through experimental pieces. A set of casts illustrating the main stages of the physical evolution of Hominids completes the presentation of the archaeological collections.

Database specialised in texts written in Neo-Egyptian, and is made available to Egyptologists via the Ramses Online interface. Launched in 2006, it continues to be enriched with new data and equipped with new features. This tool is largely recognised and used by the international Egyptological community.

TraceoLab's Traceology laboratory is dedicated to the study of human behaviour through the analysis of macro- and microscopic traces and residues on prehistoric stone artefacts. The TraceoLab research projects mainly concern the Paleolithic period of the ancient world. 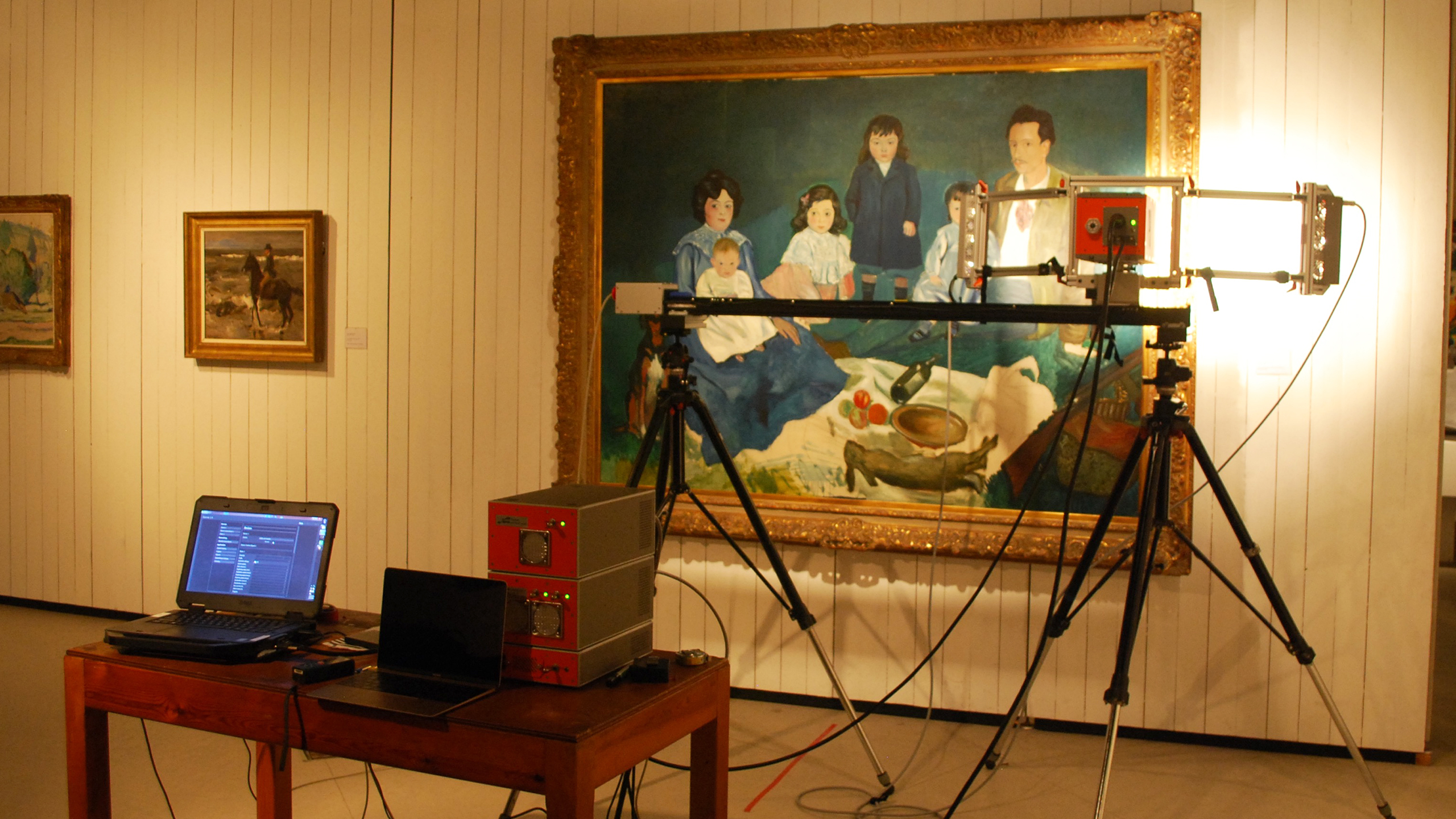 By conducting collaborations with the institutions of Liège, such as the Musée de la Boverie, and analysing a work by Picasso in Los Angeles, the European Archeometry Centre tries to uncover the secrets of works of art. 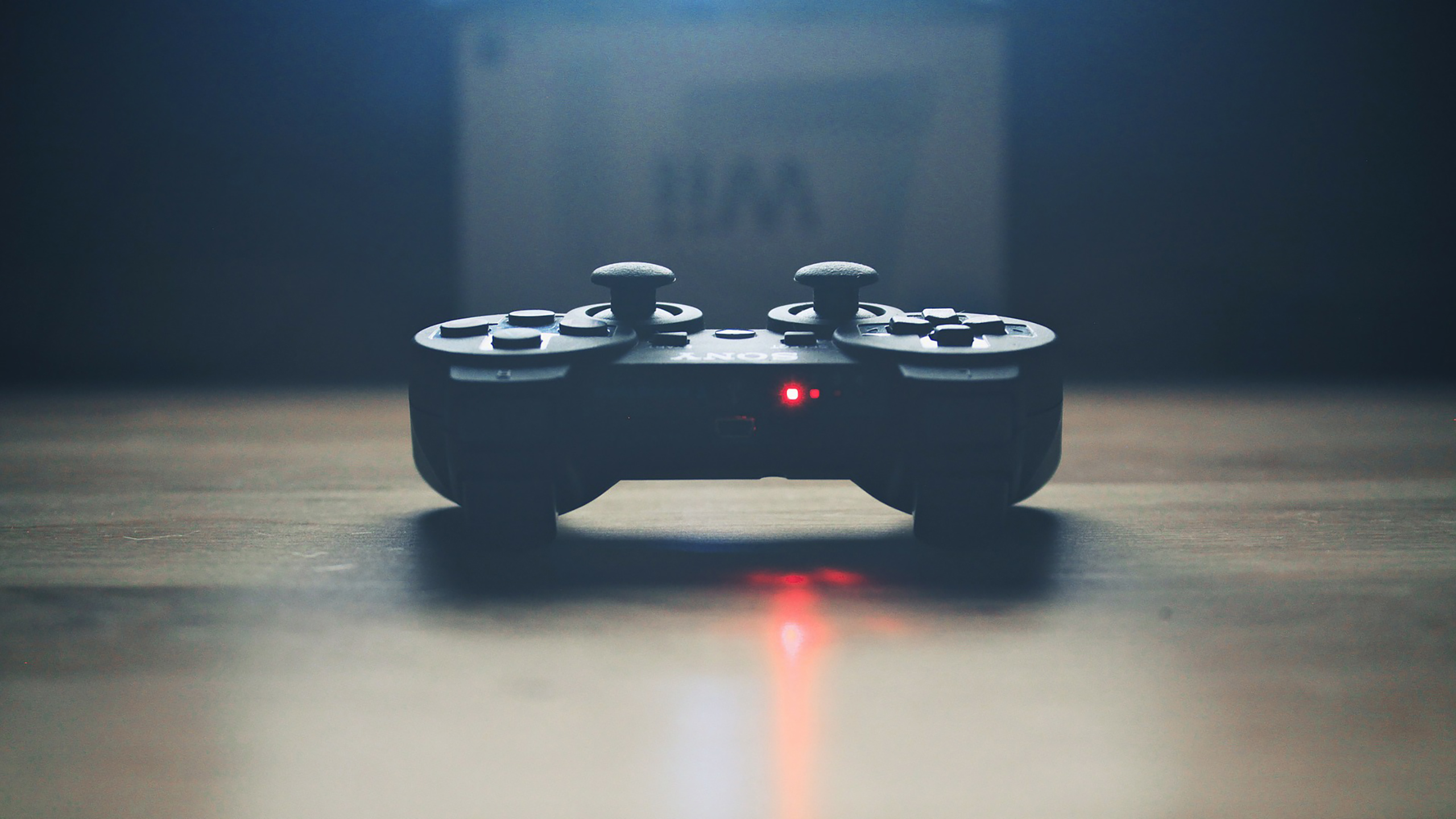 While video games are today the most important cultural industry from an economic point of view, they are struggling to have their work recognised as artistic objects. Yet, it is precisely from this angle that the researchers at the Liège Game Lab have decided to take an interest in them. 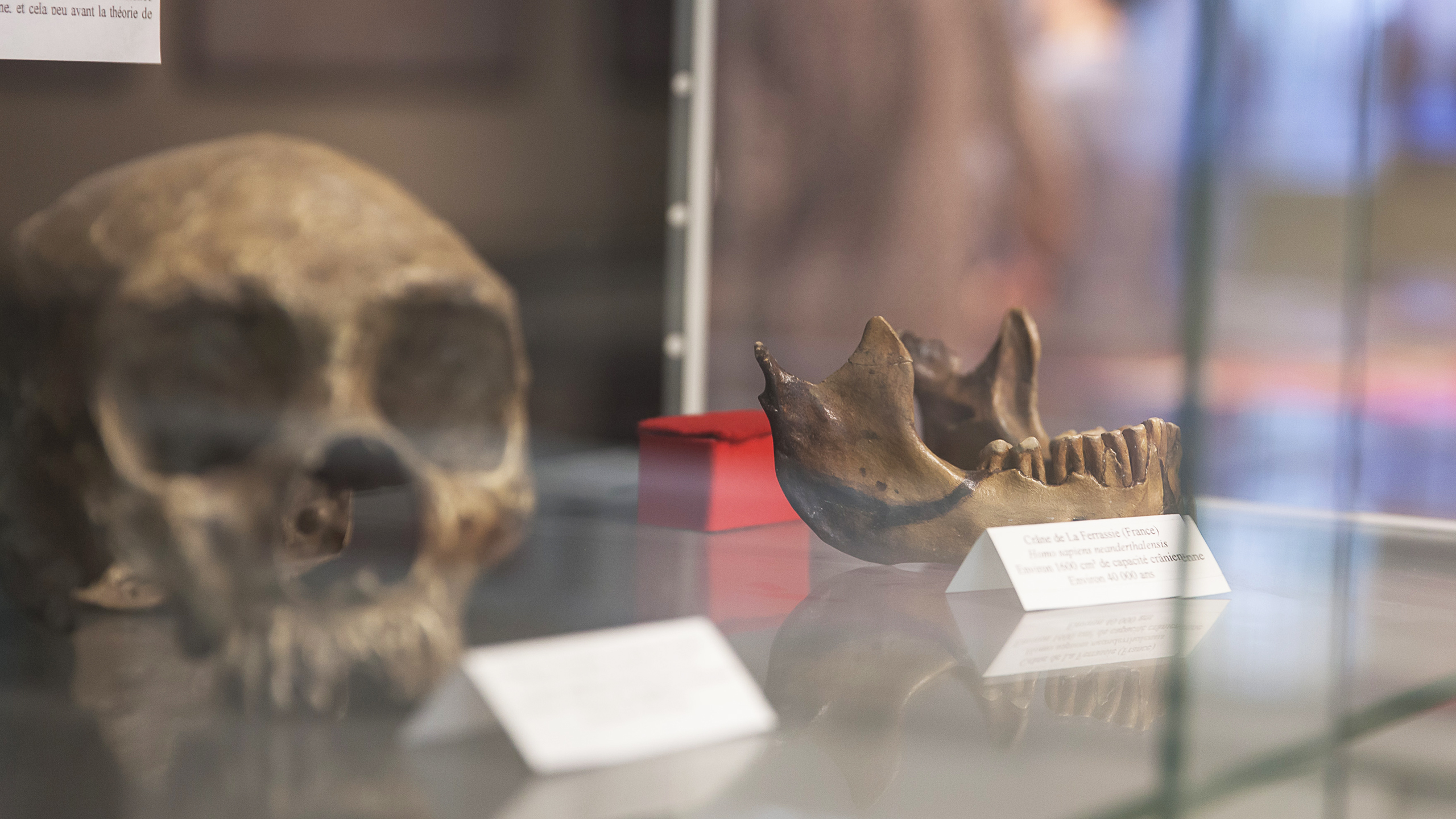 The laboratory of traceology carries out experiments on the use of tools on skins, thus reproducing techniques from prehistory. Research that will analyse the traces and residues, and perhaps better understand human evolution. 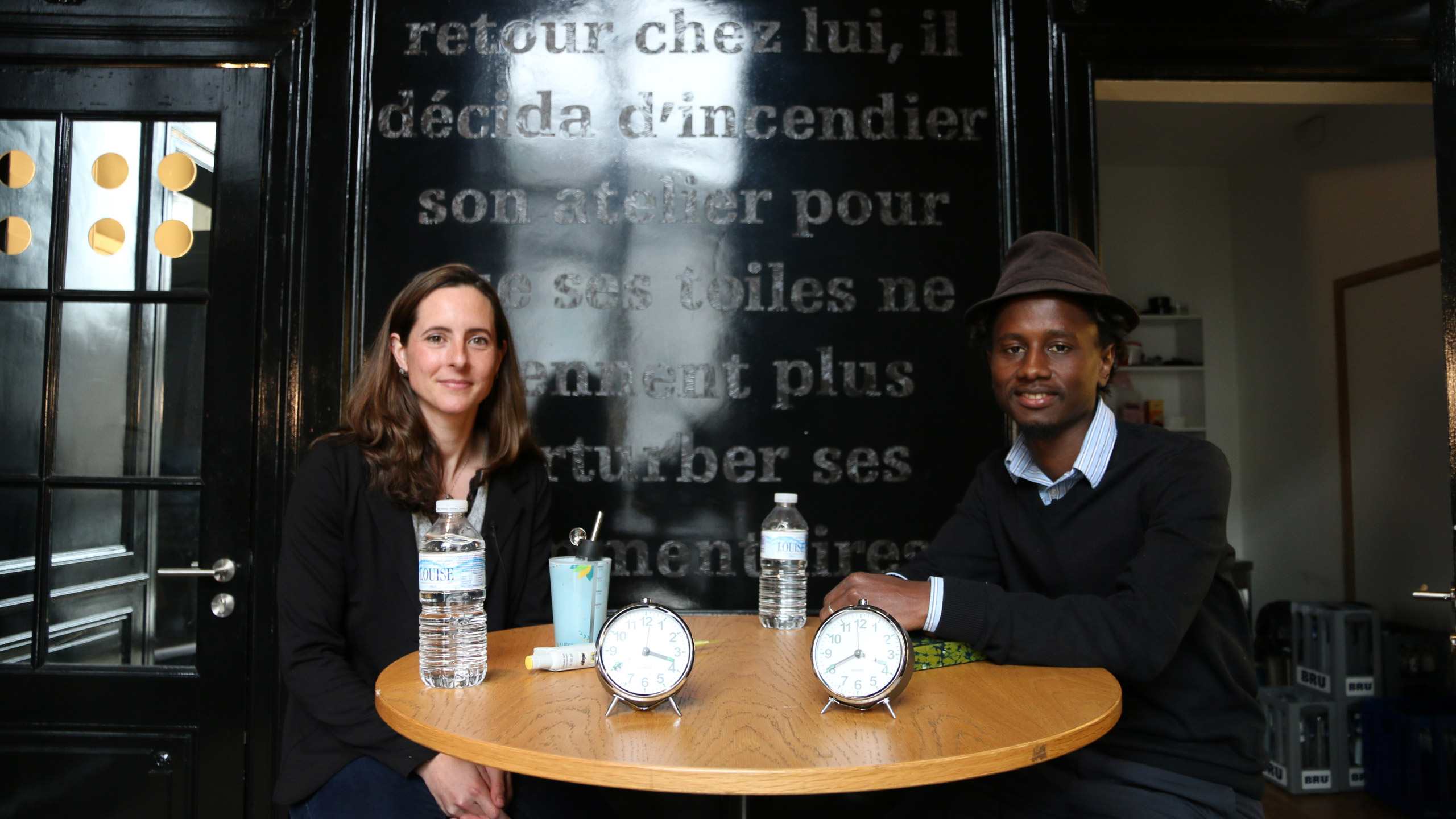 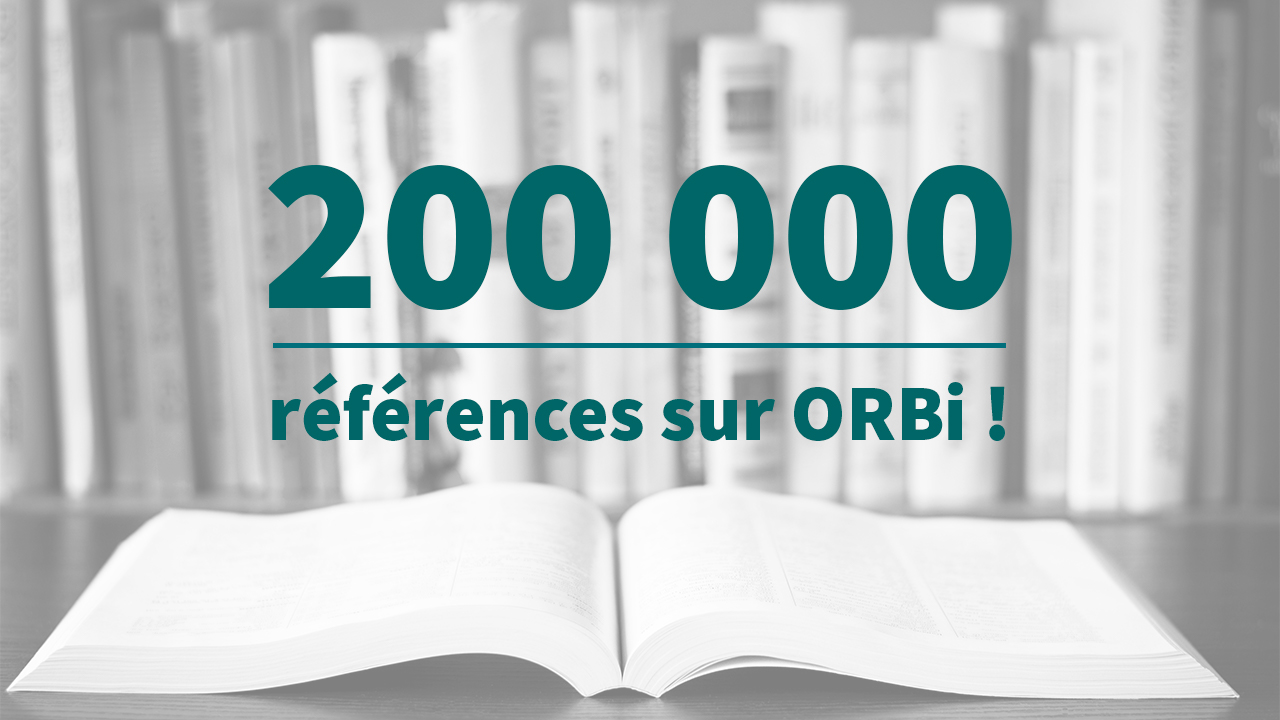 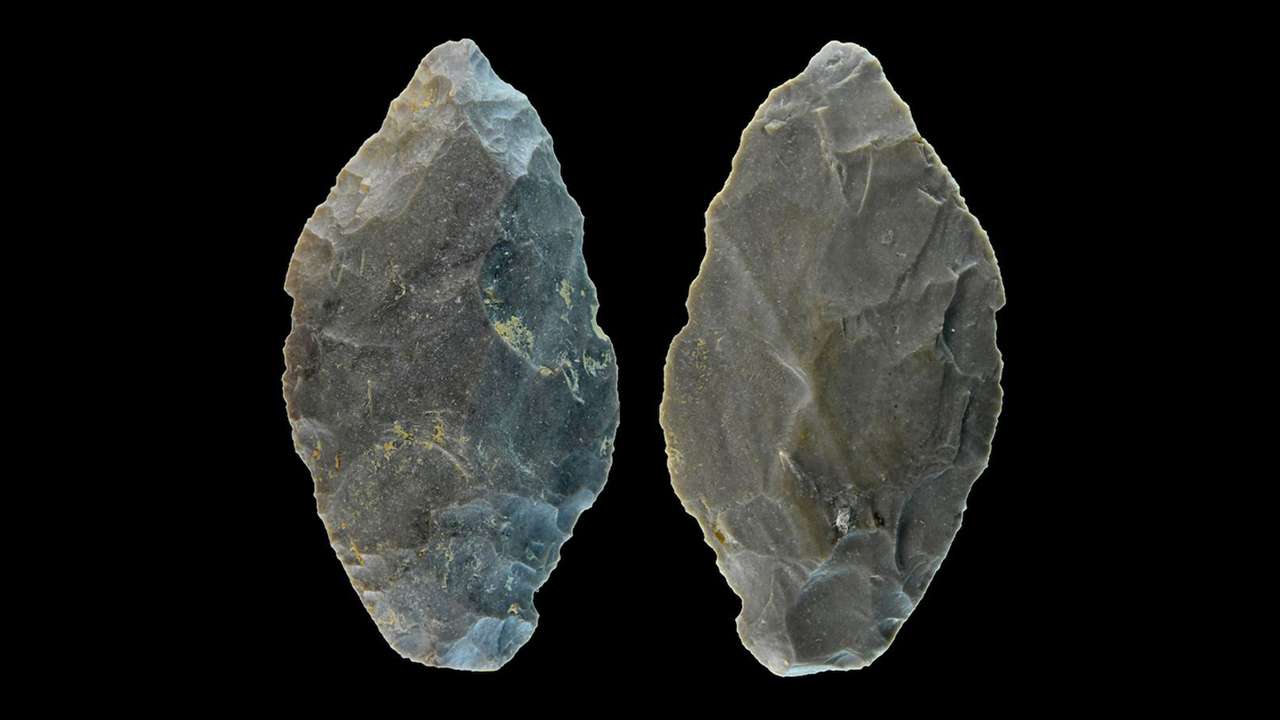